Turning old into new: A second life for vehicle components

A huge number of used parts end up in the scrap yard for recycling every year. It is far more resource-efficient, however, to remanufacture alternators, starters and the like as part of a recirculation approach. This reduces waste, lowers the CO2 footprint and extends the service life of products. In the EIBA project, the Fraunhofer Institute for Production Systems and Design Technology IPK is developing an AI-based assistance system for semi-automated image-based identification of used parts without QR or bar codes. This will assist the worker with the sorting process so that more used components can be sent for remanufacturing.

The circular economy is a major lever for achieving the objectives of the Paris Climate Agreement. Remanufacturing – the process of rebuilding used equipment to reflect its original condition – may become a key element of the circular economy. Given the fact that equipment is reused, the service life of products is extended. Researchers at Fraunhofer IPK are pursuing this goal as part of the EIBA project, which is funded by the German Federal Ministry of Education and Research (BMBF). The project partners are Circular Economy Solutions GmbH, Technische Universität Berlin and the National Academy of Science and Engineering acatech. The aim is to remanufacture used parts instead of recycling them. According to a study by the VDI Centre for Resource Efficiency, manufacturing costs can be cut by up to 80 percent by remanufacturing used parts and material consumption can be reduced by up to around 90 percent.

Clearly identifying and assessing vehicle components is one key challenge in the remanufacturing process. Many products are virtually indistinguishable from one another and are difficult to identify due to dirt and wear. Up to now, this task has been carried out manually by specialists under considerable time pressure. This is where Fraunhofer IPK's AI-based assistance system comes in: This system will help employees to identify and assess defective wear parts such as starters, air-conditioning compressors and alternators based on the four-eyes principle.

“In the automotive industry, once the used part has been removed, it is assessed at the sorting center based on certain criteria to determine whether it can be reused,” says Marian Schlüter, a scientist at Fraunhofer IPK. “This is far from trivial, however. Part numbers, which are the only visually reliable feature, are no longer legible, are scratched, painted over, or the type plates may have fallen off. This means that the worker ends up discarding it by mistake, and it is recycled purely as a material. This is precisely where AI comes into play. It identifies the used parts based on their appearance, irrespective of the part number, and sends them off for a new lease of life.” Identification features such as weight, volume, shape, size and color characteristics are used, but customer and delivery data are also included in the evaluation. The employee, on the other hand, spots any loose components or burnt parts, which is where the AI system's image processing function comes up short.

The employee has the final say

But what exactly does the process entail? First of all, the used part undergoes image-based processing. This involves the system scanning the packaging to gather information about the product group. By breaking this process down into subtasks, the search range for identification is reduced from 1:120,000 to 1:5000. The used part is then weighed and recorded by 3D stereo cameras. The results obtained from the image-based processing stage are combined with the analysis of the part-specific commercial data, such as the origin, date and location, in order to identify the part reliably. The information is processed by two AI systems simultaneously. The results of the image-based processing stage are merged with the analysis of the part-specific commercial data, such as the origin, date and location, so that the used part is identified in a reliable and comprehensive manner. “One AI system was trained for image processing, which was our task for the project, and the other one was trained for commercial data. We use convolutional neural networks for the image processing AI method. These are algorithms from the field of machine learning that specialize in extracting features from image data,” explains the production engineer. The outcome of the identification process is shown to the employee, who receives a suggestion list with a preview image and part number, thus retaining full control. “The AI is incorporated into the ongoing operation and the work process is not disrupted. The worker has no extra tasks to perform, which is extremely important in this time-sensitive process. Our AI system runs on conventional desktop PCs. All of the company's sites can be networked via the cloud, meaning that the practical knowledge of one employee can benefit workers at other sites.” The versatile technology can be used for all types of dimensionally stable components.

Every year, about five to seven percent of one million used parts processed by Circular Economy Solutions GmbH – that is, up to 70,000 parts – are discarded because they cannot be identified. A study conducted as part of the project revealed a recognition accuracy of 98.9 percent. Seen in terms of the 70,000 used parts that are discarded, it is expected that AI-based identification will allow 67,200 more used parts to be fed back into the cycle than before.

The project partners are continuously reviewing the sustainability of this scheme. The aim of the project is to keep more used parts in circulation. But is all this worth it given the high amount of energy required to train the AI and power the cameras and PCs? “The answer to this is a resounding yes. The potential for CO2-equivalent savings is high, whereas in contrast the energy requirements for the AI are negligible. According to our projections, the AI system will pay for itself in terms of CO2 equivalents in no more than a week,” summarizes the researcher. 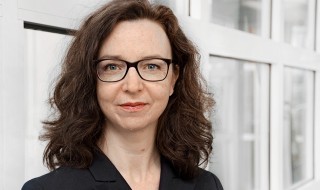