Just one year after the Bavarian state government issued its declaration of intent, a memorandum of understanding was signed ceremonially at the Ba-varian Academy of Sciences and Humanities to mark the formal establishment of the Munich Quantum Valley. The funding of 300 million euros from Bavar-ia’s High-Tech Agenda has been supplemented by over 80 million euros of federal government funds brought in so far by the initiative’s members.

In the presence of Bavaria’s Minister-President Dr. Markus Söder, the Bavarian Science Minister Bernd Sibler and the Director General of the Bavarian Ministry for Economic Affairs, Dr. Sabine Jarothe, the founding document was signed at the Bavarian Academy of Sciences and Humanities today by the presidents of the partner universities and scientific organizations.

Minister-President Dr. Markus Söder says: “Quantum computing opens up a new world of research possibilities – this is the next generation of super computers. And with this, we are developing Bavaria into an international champion. The Munich Quantum Valley networks our best in the science scene; the best minds in the world should come to Bavaria to study and teach. With the Hightech Agenda Plus, we are investing a total of 3.5 billion euros to add 13,000 new students and 1,000 professors to the universities. After all, technology is the future."

Science Minister Bernd Sibler: “With the Munich Quantum Valley, we are pursuing a clear goal – to put Bavaria in the top position in Europe when it comes to research and the use of quantum science and technologies. In the Munich region, we already have an excellent level of scientific expertise in the field of quantum technologies. We are pooling this expertise into a powerful high-tech ecosystem of science and industry and enhancing it by bringing in knowledge from other parts of Bavaria.”

The only network of its kind in Europe

The main aim of the Munich Quantum Valley initiative is to set up a Center for Quantum Computing and Quantum Technologies (ZQQ) over the next five years. This center is intended to provide access to computers based on the three most promising quantum computing technologies currently available: superconducting, ionic and atomic qubits.

The initiative also plans to establish a quantum technology park in order to pool research capacities and accelerate the transformation of scientific findings into marketable products. These activities will be supported by qualification and training opportunities as well as funding schemes for quantum technology start-ups.

The founding partners of the Munich Quantum Valley are Ludwig-Maximilians-Universität München (LMU), the Technical University of Munich (TUM) and Friedrich-Alexander-Universität Erlangen-Nürnberg (FAU) as well as the Bavarian Academy of Sciences and Humanities (BAdW), the German Aerospace Center (DLR), the Fraunhofer-Gesellschaft and the Max Planck Society.

So far, over 40 academic institutions, research institutes and businesses have joined together under the Munich Quantum Valley umbrella. The scientific work has already begun.

There are more than 200 scientists working within eight research consortia, together covering all the skills necessary to build and operate quantum computers. Lighthouse projects are underway to include expertise from other regions in Bavaria and to broaden the scientific basis of the initiative. 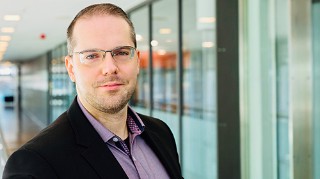