Batteries for electric cars and mobile devices are easy to use, but repeated charging and discharging accelerates aging, reduces the performance of battery cells and shortens their service life. In the SPARTACUS research project, researchers at Fraunhofer ISC are using a range of different sensors to monitor the internal status of battery cells. The data can be used to optimize the battery management system, the charging and discharging processes and the stress on individual cells in the battery module. This makes batteries significantly faster to charge — and even extends their service life.

In the hightech era, batteries assist in every aspect of life. They make our alarm clocks ring in the morning, supply our smartphones with energy and help our mobile Bluetooth speakers to play music. They also power our electric cars and scooters and thus have a crucial part to play in the mobility transition. Depleted batteries can simply be recharged. However, this simple concept stands in contrast to the battery’s staggeringly complex inner workings. These offer plenty of potential to increase performance and extend service life.

Researchers at the Fraunhofer Institute for Silicate Research ISC in Würzburg are working to make better use of this potential. The Fraunhofer experts are working with project partners on the SPARTACUS project, part of a pan-European research initiative, to develop a technology that uses sensors to register the status of the battery cell. The data from these sensors can be used by the integrated battery management system to ensure that charging and discharging currents are optimally managed. “A major advantage is that this shortens charging times by up to 20 percent without reducing the performance or service life of the battery,” explains Gerhard Domann, project coordinator at Fraunhofer ISC, Würzburg.

The concept behind SPARTACUS (spatially resolved acoustic, mechanical and ultrasonic sensing for smart batteries) takes advantage of the many complex electrochemical and physical processes that take place inside the battery cell. The acoustic, mechanical and thermal sensors used at Fraunhofer ISC monitor and measure these processes. Ultrasonic sensors, for example, emit acoustic pulses that pass through different layers in the battery cells and are then picked up again by sensors. If a cell expands during charging or there is a defect in an electrode, this affects the duration of the acoustic signal, producing a kind of sonogram of the battery cell. Just as important are the pressuresensitive mechanical sensors, which register changes in the volume of particular components during charging or discharging. Meanwhile, thermal sensors measure changes in temperature.

“All the sensor readings are sent to the battery management system, which then evaluates them. This allows it to manage electrical currents while the battery is charging and discharging in a way that provides the maximum possible performance without putting too much stress on the relevant functional layers of the battery (anodes, cathodes, etc.). In this way, we can extend the service life of the battery cell,” says Domann. This system takes what appears to be a simple store of energy and produces a smart battery that monitors its cells and actively manages electrical currents during operation and charging.

The resulting extension of service life pays off not only in electric car batteries, which contain several hundred or sometimes over a thousand individual cells, but also in stationary systems.

Analysis of the aging processes

The sensors also monitor a number of other effects, however. Mechanical stress during use and natural aging processes leave traces in the sensitive internal workings of the cells. In the battery cell electrodes, this can lead to cracks and cause the graphite layer to strip away, or create tree-like metal structures called dendrites on the outside of the electrodes. These phenomena are all detrimental to performance, and in extreme cases they can create short circuits in the cells, leading to battery fires. “The multifunctional sensor array helps us to better understand the complex electrochemical processes in the battery and adapt battery management accordingly,” says Domann. Fraunhofer ISC has many years of experience in electrochemistry, sensor development and battery technology. This expertise has been brought to bear in the development of the multi-functional sensor array.

A second life for batteries

The sensor technology developed in SPARTACUS can be used for the full life cycle of a battery product. It helps to optimize quality right from the construction and development phase. In production, ultrasonic sensors ensure that the finished product leaves the production line in perfect condition. “After a few years, when the battery’s performance inevitably deteriorates to less than 80 percent of what it was originally, the sensors from the SPARTACUS project could also be used to qualify the battery for a second life so it can be used for another, less demanding purpose,” says Domann.

In the future, the technology will not only work on lithium-ion batteries, but also on solid-state batteries or lithium-sulfur batteries, for example. Fraunhofer ISC and its project partners have already tested the functionality and practicability of the technology. The next step for the research team is to work on the concrete implementation and corresponding prototypes.

SPARTACUS is not an isolated project. It is part of the large-scale EU research initiative BATTERY 2030+, the objective of which is to make significant improvements in the sustainability and performance of batteries in Europe for a variety of usage scenarios.

BATTERY 2030+ aims to develop more environmentally friendly batteries with better performance and a longer service life. As well as SPARTACUS, other projects have been launched.

1. Development of a platform for combining artificial intelligence and experimental studies to better map the complex processes in a battery cell.

2. Development of self-regenerative components to extend the service life of the battery and improve safety. 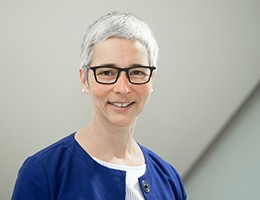