The energy market is undergoing a major shift, with renewable energies booming and the number of connection requests rising sharply due to funding programs for solar plants, heat pumps and electric vehicle charging stations. The new cloud software retoflow offers energy network operators an automated and efficient way to check these requests, model and simulate power grids and pipeline networks across sectors, and engage in long-term planning. This user-friendly program has been developed by the startup retoflow GmbH, a spin-off of the Fraunhofer Institute for Energy Economics and Energy System Technology IEE.

Anyone who wants to purchase a photovoltaic system, a heat pump or a charging station for an electric car needs to contact their energy network operator, which in turn checks whether it is possible to establish a connection to the public network. Until now, this has been a time-consuming, manual process. Now, retoflow gives network operators a software solution that automates the connection checking process, making it much quicker and simpler. This system creates a digital twin of the fully digitalized energy network. If the connection of a new system is planned, this can be simulated at the touch of a button. The web-based platform retrieves the relevant network data, tests the impact at the different network levels, reviews the technical feasibility and checks whether a network expansion would be needed.

The retoflow software has been developed by Leon Thurner and his colleagues Jannis Kupka and Simon Drauz-Mauel, three scientists who created the basis for their software using the pandapower and pandapipes tools at Fraunhofer IEE in Kassel, Germany. In 2021, the team decided to form a spin-off together with colleagues at the University of Kassel. The spin-off was funded and supported by the AHEAD program, a Fraunhofer startup initiative. Today, the company has eight employees.

Exponential increase in connections due to energy transition

“The current connection process is time-consuming because it is manual. It can take weeks to receive feedback from the network operator. By contrast, our software offers an automated way of checking whether you can connect PV plants in private households and solar PV parks, as well as electric charging stations, heat pumps and household electricity supplies, in real time,” says Dr. Leon Thurner, CEO of retoflow. “There has been an exponential increase in the number of requests due to the energy transition. Even a small public utility receives over a thousand requests a year and would need to employ many additional specialists to work through them.” A number of pilot customers have successfully implemented the program: The public utility Stadtwerke Fürstenfeldbruck, as well as the network operators Netze BW and BS Netz, are already benefiting from the automation algorithms.

retoflow is also designed for the long-term planning of power grids and pipeline networks. This is because it uses a metaheuristic that generates suggestions for future network configurations and planning and makes recommendations concerning whether to build or dismantle certain lines, for example. The overview mode allows users to show all supply lines and gives a clear picture of the network model, right down to the last building connection. It is also possible to display overloaded lines and possible future cable routes. retoflow calculates the routing, line utilization, voltage differences and other technical parameters in real time and works out the costs incurred. The idea behind the software was generated using the open-source programs pandapipes (pandapipes.org) and pandapower (pandapower.org), which were developed by Leon Thurner together with scientists from Fraunhofer IEE and the University of Kassel. Both tools are downloaded by large numbers of users around the world.

retoflow operates in the cloud but can also be hosted on site by the network operator. The software is currently designed to model power grids. However, Thurner and his team want to expand it so that it can also be used to plan gas and heating networks. “The necessary calculation algorithms come from Fraunhofer and the University of Kassel. At retoflow, we take care of the interface and the software solution,” explains the researcher. “Network operators and public utilities are still handling the technologies of the energy transition separately. As the process of energy systems integration continues, however, energy, heating and gas networks will be increasingly combined and merged. We are supporting this development with retoflow and offering a joint, comprehensive planning tool for the different sectors.” 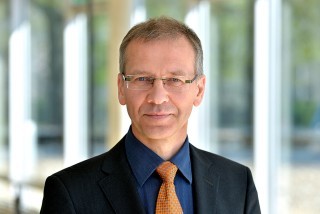