Electric cars are going places in the Harz region

Electric cars have many merits: They are quieter and require less maintenance than cars with internal combustion engines. A network of smartly located charging stations covering the entire Harz region is bound to make electric cars a regional feature.

The Harz region is banking on electric cars. Electric cars will soon be rolling through Quedlinburg, Werningerode and other cities in the region. Seventeen partners from research, academia and industry have committed themselves to this with their project Harz.ErneuerbareEnergien-mobility or Harz.EE-mobility for short.

The success of electric cars will stand or fall with the power supply. The ability to charge vehicles with green power anytime and anywhere will boost acceptance of this technology. Hence, charging stations will have to be located astutely enough that electric cars will even be able to reach a city sixty kilometers away without any problem. Researchers at the Fraunhofer Institute for Factory Operation and Automation IFF in Magdeburg are determining the optimal locations for charging stations. »In addition to the flow of traffic, we are analyzing mobility characteristics to find out where vehicles are parked for how long. This time can be used to charge cars. Locations where vehicles may park long enough are favored for charging stations. Garages or parking lots at work or near one’s residence are the preferred option,« says Dr. Przemyslaw Komarnicki, Research Manager at the Fraunhofer IFF. »We will also be making a decision about the number of charging stations. However, the results aren’t in yet. The placement of charging stations must be carefully considered to keep the network from overloading.« The mobility control center where all the traffic and power data converge advises a driver to head for a suggested charging station based on the battery’s charge level. Through the navigation system, the control center informs a driver which charging stations are occupied, being serviced or are closed and have low priced, renewable and/or sufficient electricity. When traffic is backed up, the control center guides cars with a low charge to a nearby charging station. Researchers at the Fraunhofer IFF are developing the necessary database system concept.

The Harz.EE-mobility project is being supported by the Federal Ministry for the Environment, Nature Conservation and Nuclear Safety. The industry partners are providing part of the total funding of 12 million euros. The official test phase will begin at the end of 2010. 25 electric cars are intended to be underway in the Harz region by June 2011. First, they will be driven in cities in the Harz region. Later, they will also be made available to commuters who travel between Magdeburg and the Harz region. 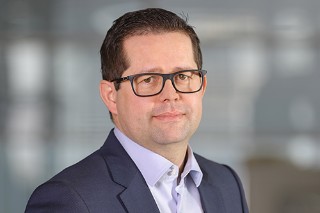