Wheel in a corset

Are lightweight construction materials suitable for extremely stressed and safety-relevant components such as car wheel? Tests and calculations show that fiber-reinforced plastics are highly damage-tolerant and distinctly superior to aluminum in car wheels. Researchers have already produced a prototype lightweight wheel.

Just imagine your car suddenly comes to a halt on a quiet country road, and it’s only four years old. This is not a pleasant thought. A breakdown is expensive. Not to mention the safety risk to the occupants – because the breakdown was caused by the extremely light plastic wheels so highly praised by the car salesman. One of them has broken. »Such a scenario must, of course, never happen in reality,« states Prof. Dr.-Ing. Andreas Büter from the Fraunhofer Institute for Structural Durability and System Reliability LBF in Darmstadt. The experts there specialize in operational strength testing of plastics in general and plastic wheels in particular.

To create the fundamentals for the production of lightweight and yet safe and reliable components they launched the High-Strength Plastic Structures project in cooperation with five other Fraunhofer institutes. »The aim was to provide the conditions and the tools for the operationally reliable design of extremely light safety parts made of SMC (sheet molding compound) material which could be produced on an ongoing basis in medium to large volumes. SMC is a fiber-reinforced composite material which mainly consists of inorganic constituents,« explains project manager Professor Büter. »Up to now SMC has only been used for secondary parts of the bodywork such as the bonnet or doors,« states Büter. »The purpose of our project was to clarify whether SMC is also suitable for safety-relevant primary parts.« SMC is superior to metal in several ways. It is not only lighter but also exhibits an excellent mass-to-strength ratio. What’s more, it is cheap to produce in medium to large quantities.

But what are the material properties of SMC? How are the fibers oriented? What production methods are suitable for processing this material? Are there any air conclusions? What stresses and loadings can SMC car wheels withstand? The research scientists have looked into these and other questions. »On our test stands we have simulated for example how the wheels and suspension of a car behave on a rough road, in forward motion and reversing, and how long the components can endure these conditions,« states Andreas Büter, describing the tests conducted at the LBF. After three years of research work the scientists can now present the results. On conclusion of the project Büter highlighted an important finding: »If correctly processed, fiber-reinforced plastics are highly damage-tolerant and distinctly superior to aluminum wheels.«

And what happens now? In cooperation with the industry the researchers would like to create a wheel based on the developed prototype which can withstand high stresses and loadings. It would feature a local reinforcement of continuous fibers. »That would act like a supporting corset for the wheel,« the project manager adds, outlining his team’s vision. A prototype of the lightweight wheel will be on display at the Composites Europe trade show from September 14 to 16 in Essen (Hall 12, Stand C33). 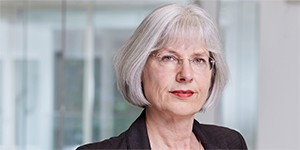