Southeast Africa's Malawi is one of the world’s poorest countries. For the rural population of this landlocked country, fish is an important food resource. Yet stocks in Lake Malawi have declined drastically in recent years. This is especially true of a local and highly popular species of cichlid known as chambo, which is a key source of protein for the rural population. Researchers from the Fraunhofer Research Institution for Marine Biotechnology and Cell Technology EMB have now teamed up with partners to launch a raft of measures designed to remedy the precarious food situation. These include the introduction of new hatchery equipment, enhanced breeding methods, new sources of protein-rich fish food and training programs for rural fish farmers. The research team hopes that this will make chambo farming more efficient and sustainable and, in general, improve the production of not only fish but also vegetables.

Lake Malawi is the third-largest lake in Africa and the world’s ninth largest. It is home to around 470 species of fish, most of them from the Cichlidae family. Chambo, the local name for an especially prized member of the Tilapia genus, is a key source of protein and a basic food. Known taxonomically as Oreochromis karongae, this is an endemic commercial species but has been subject to drastic overfishing in recent years. In a project entitled “Ich liebe Fisch – Fish for life,” researchers from Fraunhofer EMB are now seeking to improve the nutrition status of Malawi’s rural population. Working together with local and foreign partners – the Gesellschaft für Marine Aquakultur mbh (GMA) in Büsum, Germany; the Lilongwe University of Agriculture and Natural Resource (LUANAR) in Malawi; the Quantum for Urban Agriculture and Environmental Sanitation (QUALIVES) and the Innovative Fish Farmers Network Trust (IFFNT) in Malawi – the research team has launched a diverse range of strategies designed to boost hatchery and production yields, make chambo farming more efficient and sustainable and thereby work to remedy the precarious food situation. The project, which is scheduled to run until the end of 2020, is being funded by Germany’s Federal Office for Agriculture and Food (BLE) to the tune of 1.65 million euros.

Aquaculture is one way in which the supply of chambo to Malawi’s rural population might be increased. At present, however, local fish farming is still on a low level and inefficient. A major problem for this budding industry is sourcing a reliable supply of fingerlings – young fish just bigger than the fry stage. A key task that the project partners face will therefore be to establish methods to ensure that fish farmers have access to a stable stock of juvenile fish, which they can then rear to a salable size.

Hatcheries for rearing fish from own brood stocks

The “Ich liebe Fisch” team has designed and installed a new hatchery at Bunda College of Agriculture. The hatchery, which is solar powered and therefore not dependent on the local electricity grid, offers an efficient method of rearing large volumes of fish larvae until they have reached the fingerling stage, at which point they weigh around ten grams. These fingerlings are sold to local fish farmers at a favorable price. “The fish are then reared in ponds to a marketable weight of between 250 and 330 grams,” explains Dr. Sebastian Rakers, scientist at Fraunhofer EMB in Lübeck.

The research team is working with a number of local communities. Some of them have many years of fish-farming experience, whereas others are just making a start. The aim is to harmonize the level of expertise. “We’ve got a whole variety of technology on offer,” says Rakers. “For example, we show fish farmers what kind of ground is best for their ponds and also teach them in cryopreservation technologies, which will enable to produce fish the whole year round.”

To date, cryopreservation has not been used in Malawian fish farming. Now, however, project partners are devising new methods for freezing chambo sperm, the aim being to breed a spawning population with an increased reproductive performance. The first step is to select promising-looking fish strains that are resistant to disease, for example, and display good growth parameters. Sperm is taken from the males of this strain and then frozen. In order to prevent the formation of ice crystals, it is mixed with antifreeze substances. The frozen sperm is then stored in liquid nitrogen at a temperature of -196 °C. “From time to time you have a situation in which the males and females of the population are not ready to spawn at the same time. This lowers the reproduction rate. To counteract this problem, we use cyropreserved sperm in order to increase the number of fertilized eggs and hence hatchlings,” Rakers explains. Cryopreservation is meanwhile being tested by several Malawian partners.

In a further measure, there are also moves to intensify the practice of integrated aquaculture-agriculture (IAA) – in this instance, a combination of fish farming with vegetable production. Essentially, this involves using water from the fishponds to fertilize vegetable crops. This substantially reduces the use of artificial fertilizer, since the pond water contains nitrates as a quasi-free waste product generated by aquaculture. A specific type of IAA is known as aquaponics. This is a closed-loop system of fish farming and plant growing. “Aquaponics combines aquaculture with hydroponics – the process of growing plants without soil,” Rakers explains. The water from the fishponds contains fish excrement and feed residues, both of which serve as a source of nutrients for the vegetable plants. “We then pump this nutrient-rich water to the plant beds, where nitrifying bacteria convert the ammonia excreted by the fish into nitrates, which is then utilized by the plants.” Compared to classic market-gardening techniques, aquaponics uses only around one-tenth of the water for an equivalent area under cultivation and thereby helps reduce water consumption. This is an important consideration for a country like Malawi, where food production relies to a large degree on rain-fed agriculture and on aquaculture.

At the same time, the scientists working on the project look also at the question of how to boost fish production through the use of improved feed. As a rule, the fish are fed on leftovers from the maize crop. These are unusable for human consumption and only contain around three percent protein. “With a diet like that, it’s no wonder that the fish don’t grow well,” says Rakers. At the beginning of the Ich liebe Fisch project, substandard feed was not considered to be such a big problem. However, the project consortium quickly realized that substantial action was required in order to develop suitable sources of protein for Malawi’s aquaculture industry and thereby supply rural fish farmers with nutritious and affordable fish feed. One option here would be to produce high-grade protein from insect larvae. In Malawi, such larvae could be grown cheaply on organic substrates. “We’re putting together instructions on how to produce protein-rich formulas on the basis of locally available raw materials,” Rakers explains, “This would provide local insect breeders with economical means of producing larvae.” Production of the black soldier fly (Hermetia illucens) as a source of animal protein is to be investigated over the remaining project period to the end of 2020.

The program of measures also includes various training courses for small fish farmers, ranging from fish production and product development to marketing and nutrition. During the course of the project, Rakers and fellow project participants will also be observing the health and nutritional status of the rural population in order to monitor any improvement. According to Rakers, the project has already started to bear fruit: “Through a controlled breeding program for fish larvae, we’ve been able to increase the supply of fingerlings to fish farmers. This in turn has improved yields and increased the cultivated biomass content.” Rakers and the other project partners are confident that their program of measures will bring about a long-term improvement in the nutritional status, health and earnings of the population as well as create new sources of income.

This work was financially supported by the German Federal Ministry of Food and Agriculture (BMEL) based on the decision of the Parliament of the Federal Republic of Germany through the Federal Office for Agriculture and Food (BLE). 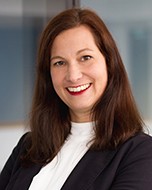 Scientific Assistant to the Institute Director