Crash helmet with a useful smell

Cycle helmets are available in a wide range of types, including foldable models, models fitted with a flashing rear light or featuring an iPhone display. In future, they will start to smell distinctively if they need to be replaced. A new process causes odoriferous oils to exude from plastic materials if they are cracked.

Cycling crash helmets have just one purpose: to protect the cyclist‘s head. But only completely damage-free helmets do the job properly. It is therefore recommendable to buy a new one every now and again, but nobody wants to throw away a perfectly good helmet. It would be better to know for certain that this is really necessary. A new process developed by research scientists at the Fraunhofer Institute for Mechanics of Materials IWM in Freiburg in cooperation with the Fraunhofer Institute for Environmental, Safety and Energy Technology UMSICHT in Oberhausen makes this possible. The polymer materials or plastics produced by the process start to smell if they develop small cracks. Large cracks really cause a stink. The smell comes from odoriferous oils enclosed in microcapsules. »Cyclists often replace their helmets unnecessarily after dropping them on the ground, because they cannot tell whether they are damaged or not. The capsules eliminate this problem. If cracks form, smelly substances are released,« explains Dr.-Ing. Christof Koplin, research scientist at the IWM. The capsules are added to a polypropylene mass which is injection-molded to form the final component. In the case of the bicycle helmet, the microcapsules are inserted in a thick foil made of polypropylene, which is fastened to the head gear.

A layer of melamine formaldehyde resin encloses the capsules so that they are completely airtight and mechanically sealed. It also protects the tiny pods, which are subjected to temperatures of 200 to 300 degrees during injection molding as well as static pressures of up to 100 bar. »Melamine formaldehyde resin proved to be the most suitable encapsulation material in the comparison we conducted of the material systems,« explains Koplin. »Inside the capsule there is a porous, hardly deformable silicon oxide core which absorbs the odoriferous substance. This core produced the best results,« he adds.

To determine the loads at which the miniscule capsules measuring just 1 to 50 micrometers break open, the scientists test them at the IWM with a Vickers indenter. The engineers calculate the number of capsules required by means of numerical computer simulation. The finished component is then subjected to bending and drawing tests. The tests are only deemed to be successfully completed if the capsules are found to open and exude the odoriferous substances just before the component fails. Koplin: »Our method of detection by smell offers several advantages. It not only indicates when safety-critical polymer components need to be replaced. The exuding smells also enable damage outside the safety range to be detected.«

The process is therefore suitable for all products which are difficult to test for defects, such as cycle, motorbike and construction helmets. But it can also be used to check pressure hoses, e.g. in washing machines, which are difficult to access. Smell sensors could also monitor plastic water and gas supply pipes to detect any cracks, because the odoriferous substances emitted are noticeable over long distances. »Smell detection is already in use for coated metal components. We are applying the process for the first time to polymer materials. The cycle helmet is being used as a demonstrator. Work on the capsules has finished and we are now completing characterizing tests on individual configurations,« states Koplin. 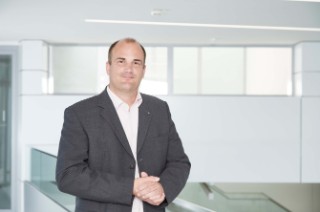 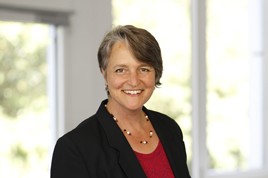