Worldwide, the demand for energy in the relevant end-user sectors is rising continuously despite increased energy efficiency. This particularly affects electricity use and natural gas use in the industrial and mobility sectors. At the same time, the declared goal of international climate policy is to limit global warming to less than 2° C by 2100. Germany aims to have achieved extensive greenhouse neutrality by 2045. To achieve this, the use of renewable energies is to be expanded from the current 40 percent to 80 percent and fossil energy sources are to be completely eliminated.

The search for a quasi-inexhaustible, weather-independent and, above all, emission-free energy source is keeping international research groups busy. The USA and Europe in particular are focusing on progress in the development of controlled nuclear fusion. The goal is to reproduce the generation of solar energy on a laboratory scale on Earth. Unlike nuclear fission, energy in nuclear fusion is created by the controlled fusion of atoms.

Recent breakthroughs in the field of fusion research give reason to hope that practical fusion devices can be developed in the long term. If further developed, nuclear fusion could become a mainstay for meeting the world's energy needs. After all, as much energy can be obtained from one gram of fuel in nuclear fusion as from the combustion of eleven tons of hard coal.

In nuclear fusion, light atomic nuclei are fused together, releasing binding energy that is subsequently converted into usable forms of energy.

The implementation of nuclear fusion on Earth is technically highly demanding. In order to fuse the initially strongly repulsive atomic nuclei, extremely high pressures and temperatures (of about 200 million ° C) must be generated and maintained over certain periods of time. The resulting plasmas can no longer be confined in material vessels.

Therefore, magnetic fields are used for confinement in the so-called magnetic confinement fusion (MCF "Magnetic confinement Fusion Energy"). Strong energy losses due to the emission of light quanta in the X-ray range and the loss of hot particles must be compensated for by constant reheating. In international large-scale projects, research reactors based on different magnetic field geometries are operated, in which the necessary plasma pressure could be maintained for seconds to minutes so far. A positive energy balance could be achieved for the first time in 2035 with the currently largest research instrument ITER (International Thermonuclear Experimental Reactor), which has been operated since 2007 in the Cadarache research center in southern France by the member states of EURATOM, China, India, Japan, Russia, South Korea and the USA.

In contrast, an important breakthrough has recently been achieved in inertial fusion (IFE "Inertial Fusion Energy"). Using a large number of high-dimension short-pulse lasers, the fusion mixture enclosed in small capsules is briefly compressed to the density and temperature necessary for fusion. At Lawrence Livermore National Lab LLNL (California, USA), this technique was used to ignite a burning fusion plasma for the first time in the world in 2021. In this case, the energy recovery was 70 percent of the energy introduced for compression and ignition. In December 2022, a net energy gain of more than 150 percent was demonstrated for the first time at LLNL. Thus, more energy was recovered than was put into the experiment. A decisive milestone in fusion research.

Despite the successful physical experiment, there is currently no experimental facility in the world for inertial fusion in civil energy research. To achieve this goal, significant engineering achievements will be necessary in the coming decade. The first private-sector companies, supported by large investment funds or international corporations, are therefore becoming involved in this field. In particular, laser-driven nuclear fusion is meeting with great interest.

Technologies made in Germany provide relevant contributions to fusion research

Germany already has extensive know-how in key technologies that are relevant to the development of fusion research. In the field of magnetic confinement, for example, researchers of the Max Planck Society have a worldwide reputation. In laser technology, which is necessary for the ignition of plasmas in inertial fusion, Germany occupies a leading international position. For example, experts at the Fraunhofer-Gesellschaft are working on the development of high-performance ultrashort-pulse lasers. Material sciences are also among the competencies of the German research landscape in this field.

“Harnessing the power of the stars on Earth marks a turning point for humanity that puts the prospect of a clean, abundant, safe and reliable energy source within grasp. This breakthrough is the culmination of a 60-year scientific journey intended to solve one of humanity's most difficult engineering challenges.”

Prof. Dr. Constantin Häfner has headed the Fraunhofer Institute for Laser Technology ILT since November 2019. In July 2022 he was appointed commissioner for fusion research at the Fraunhofer-Gesellschaft.

After studying physics at the Ruprecht-Karls University in Heidelberg, Häfner received his doctorate in physics. In 2004 he moved to the USA, first to the Nevada Terawatt Facility and from 2006 to the Lawrence Livermore National Laboratory in Livermore, California. There, as director for the Advanced Photon Technologies program, he led the development of the world's most powerful laser systems and the research and development of pioneering laser technologies.

Lasers have ignited a mini star on earth, laying the foundation for a clean energy source of the future: A historic breakthrough in inertial confinement fusion research at the National Ignition Facility at Lawrence Livermore National Lab and a defining moment for Photonics! One of the most promising applications of laser technology, the realization of laser-driven fusion, has achieved a historical breakthrough.

What is nuclear fusion?

Nuclear fusion is the fusion of two light atomic nuclei (usually deuterium and tritium) to form one heavy nucleus (helium). The mass of the heavy nucleus is smaller than the mass of the two light nuclei combined. This difference in mass is released as usable energy. This mechanism, which powers the sun and other stars, constitutes a sustainable form of energy production without direct CO2 emissions while using widely available fusion fuels..Implementing nuclear fusion on Earth requires very sophisticated technology. Fusing the atomic nuclei, which initially strongly repel each other, requires maintaining extremely high pressures and temperatures (about 200 million degrees Celsius) for specific periods of time. The resulting plasmas can no longer be confined to material vessels.

What are the advantages of nuclear fusion?

Why should Germany get involved in international research on nuclear fusion?

Germany currently imports about 70 percent of its primary energy sources (petroleum, hard coal, natural gas, uranium). Lignite (about 8 percent of its primary energy consumption) and renewable energies (about 16.5 percent) are the only domestic sources. At the same time, growing greenhouse effects increase the urgency of reducing CO2 emissions, which is currently mainly being addressed by expanding the sources of renewable energy. In the long term, nuclear fusion technology has the potential to produce energy reliably and safely, with little space requirements and independent of weather conditions or access to local resources.

What can Fraunhofer contribute to nuclear fusion research?

Extensive pre-competitive research is still required in the field of nuclear fusion, which should already focus on feasibility and economic viability. Developments in supplier technologies in particular, which are necessary for this research field, already offer a great deal of promise for industrial partners. The Fraunhofer-Gesellschaft, with its focus on applied research and its strong ties with industry, is a perfect interface here.

Scientists at several Fraunhofer institutes are currently working on projects that will contribute to fusion research: The Fraunhofer Institute for Casting, Composite and Processing Technology IGCV, for example, has developed suitable manufacturing parameters for the selective laser beam melting of tungsten that can be used on various laser beam melting systems for the Max Planck Institute for Plasma Physics (IPP). Tungsten, the metal with the highest melting point, is currently favored as the direct plasma-loaded material for wall components in fusion devices.

In the CALORI project, the Fraunhofer Institute for Microengineering and Microsystems IMM has developed specific radiation sensors, so-called bolometers, which determine the power radiated from the plasma at various points in the reaction vessel. Radiation sensors in many fusion research facilities operated around the world currently originate from Fraunhofer IMM. For the world's largest fusion experiment, ITER, which is currently under construction, Fraunhofer IMM has joined forces with the Max Planck Institute for Plasma Physics to develop bolometer sensor technology that is able to meet the particularly demanding operating conditions. 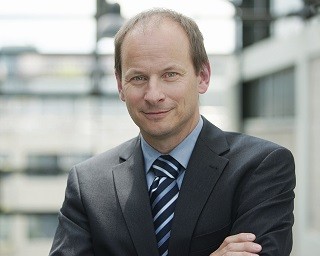 Commissioner for fusion research of the Fraunhofer-Gesellschaft