Fire on board! This is a grave danger for any ship, but especially so when a ship is ostensibly safely docked in harbor – where “normal” firefighters are on duty and have to cope with the special challenges on board a ship. Since 2005, 44 potentially disastrous incidents have occurred in German ports alone, including 15 fires and 13 spills of hazardous materials. EFAS, a joint project coordinated by the Fraunhofer Institute for Communication, Information Processing and Ergonomics FKIE, is aimed at significantly improving firefighters’ safety and effectiveness through optimum equipment and technological innovations.

The countless types of vessels and their different structures coupled with the unique aspects of firefighting operations on the water present unusual and difficult operating conditions for traditional firefighters and involve many risks. For an engine room fire, for instance, firefighters have to battle their way through smoke and heat on multiple decks to reach the ship’s inside, all while wearing full gear and carrying a heavy hose.

The “operations support system for fire departments to combat risks on board sea-going vessels” (Einsatzunterstützungssystem für Feuerwehren zur Gefahrenbekämpfung an Bord von Seeschiffen, EFAS) is aimed at minimizing these risks. A joint project, it is being funded through the German government’s “Research for Civil Security” framework program (2012-2017) in the category “civil security – innovative rescue and security systems” (see also www.sifo.de). After three years of research, the project partners have now developed a system that can optimize firefighting in these kinds of situations and even others too.

Besides Fraunhofer FKIE, project partners include the Institut für Sicherheitstechnik/Schiffssicherheit e.V., the German Institutes of Textile and Fiber Research Denkendorf, MARSIG (a software manufacturer), ATS Elektronik (a security technology supplier) and S-GARD (a manufacturer of protective clothing for firefighters). The Wilhelmshaven fire department was closely involved in the project as well, serving as an adviser for hands-on operations.

“One of the most important innovations of EFAS is that fire chiefs – that is, heads of operation and team leaders – use an operational support system that runs on tablet computers,” says Dr. Daniel Feiser, project coordinator. This is the component that Fraunhofer FKIE contributed to the project. A display system gives the fire officers a continuous electronic picture of all aspects of the situation on the ground, providing additional guidance.

So the first questions that needed to be addressed were how the ship is structured and where the firefighters are located during the operation so that the officers can provide optimum direction to fight the fire. Currently, they have to rely on verbal information and a printed layout of the decks – and once their colleagues are below deck, there is hardly any way to know where they are, and radio contact may be lost.

In this new system, when an operation commences, the general arrangement plan of the ship (which all ships are obligated to store on board) are uploaded and form the basis on which the software generates the digital situation report. From this point on, all information gathered by the so-called attack team on its way to the fire is likewise fed into the system.

Since GPS is not accessible in the ship’s interior, this team’s position is now determined by acceleration and gyroscopic sensors integrated in their boots. Based on a defined starting point, the system can calculate the firefighters’ current position at any given time and indicate it on the digital map of the ship.

“Modern protective clothing is often so good that firefighters no longer even feel the heat. They don’t notice that they are in an area that is much too hot until their clothing begins to melt. You might say today’s protective clothing is ‘too good.’” The temperature readings transmitted to the fire chiefs enable them to decide, for instance, to call their firefighters back from dangerous areas with the click of a button. This causes LED lights on the sleeves of their protective gear to light up, signaling the command to withdraw immediately. The readings from the sensors also enable the officers to determine the temperature distribution below deck and pinpoint the source of the fire.

Security on board the ship and beyond

Besides the significantly improved protection for firefighters, the project also focuses on the security of the immediate vicinity of these ships at harbor. The fire must be prevented from spreading to neighboring ships and infrastructure and endangering people on land.

To better visualize the dangers, two types of system are being developed: a stationary system installed in the command vehicle providing all information, and a mobile system for the heads of operation and team leaders. They receive all the relevant information on the operation’s progress and the firefighting measures of their deployed units via a tablet computer. “The mobile systems are designed to ensure that recipients receive only the information that is relevant to them,” says project coordinator Dr. Daniel Feiser, explaining the advantage of this setup. This lowers the burden on the firefighters.

To test the system’s practical suitability, it was deployed in a real operations scenario as part of a major closing evaluation. The professional fire department of Rostock made itself available for a test on the “Dresden,” a former German motor vessel that is now a museum. They were very pleased with the system.

“The evaluation was a great success in terms of the information flow, organization and results,” says Feiser. “The heads of operation and team leaders were able to use the new operational support system following a brief introduction and they deemed it to be intuitive, efficient and satisfying. That is high praise for our work.” A documentary video about this evaluation, including a description of the technologies used, is available at https://www.youtube.com/watch?v=J4lsULCIjrg.

A broad spectrum of potential applications

It is hoped that the innovations developed during the EFAS project will ultimately be of benefit to other fire departments and emergency support teams. As Dr. Feiser notes, “The long-term goal is to use EFAS not only for ships docked in harbor, but also, for example, on ships at sea, or for fighting fires in stadiums, industrial facilities and public buildings.” 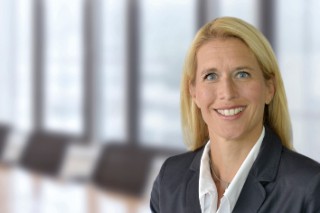